If you would like to have Kathy speak to your group or organization, please contact Kathy directly at: 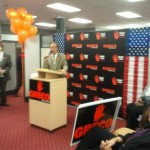 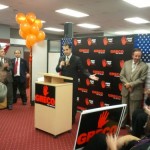 About the Author: Kathy